Earlier this month I observed a difficult situation playing out at hotel where I was a guest, and it provided an invaluable reminder of just how important effective leadership is when things go wrong in the hotel business.

The story is that I was traveling back from a trip to the Middle East where I had taken my college age daughter to practice the Arabic she is learning at University. To split up 16 hours of flying time, I planned for us to stay overnight in Rome, Italy at a hotel I had used previously and knew was directly connected by a walkway to the airport. Since we landed about 8pm, we would be able to grab our bags, walk to the hotel, secure our room and drop the luggage, and take a cab to city centre so I could show her the famous Roman Colosseum.

All went as planned with the flights, baggage claim, and immigration, and since the hotel I’d booked carried the flag of one of the oldest, largest and most respected International hotel brands, as we entered the lobby I was confident that my plan had worked out!

First thing I noticed was that the lines were moving very slowly. After about 15 minutes it was our turn and Giulia, who I noticed had a “trainee” badge on, warmly welcomed my daughter and I and thanked me for being a member of the brand loyalty program.

Although it was spoken kindly, her next statement that shocked me; there were no rooms ready and she would buy us drinks in the bar while we waited for the 30 or so minutes it would take. “What? 9pm and no rooms?” I asked, as she had not acknowledged that this was a major shortcoming and it was about 5 hours after their posted check-in time. Being in the business, I tried to be as polite as possible, especially since she was obviously new and doing her best. I pointed out out that my daughter was only 19 and I don’t drink alcohol, and asking if there was instead a place to get a bottle of water or snack.

To my surprise there was no other option, so we proceeded to the bar where we found it overcrowded and understaffed as was the restaurant. After a long wait, my daughter was able to flag down the bartender and get water but no snacks. We changed clothes in the lobby restroom and then went back to the desk. “Good news,” Giulia said, “your room is ready” and off we went. Yet to our surprise the room key did not work and then a young man came to the door of the room we were assigned to explain that he was already staying there.

Back to the desk we went to explain the situation, still maintaining a polite demeanor. Yet when another guest nearby heard our story he practically shouted out “You TOO? WHAT is going on here?” Then I realized that most of the guests who were originally in line with us about 45 minutes ago were still in the lobby also waiting for their rooms.

As my daughter and I stood patiently waiting once again, I heard at numerous other guests who had lost their cool explaining various versions of how high their brand loyalty status is, how often they travel, and how this was their worst hotel experience ever. I also noticed that of the four people at the desk, two had trainee badges and no one had a management title on their nametag. (I should add that all seemed to be handing the situation as well as possible and maintaining their hospitality demeanor.) Several guests were asking to speak with “THE” manager, but the only ones I saw responding seemed to be shift supervisors and they were certainly doing all they could as well.

Finally, our trainee issued a new key to another room and although this time it was not occupied, it did smell strongly of fresh smoke and the mini bar was half emptied, but at least it was clean. We dropped the bags, grabbed our taxi, and ended up having a memorable dinner at my favorite street café right across from the Colosseum.

Reflecting back on this situation, I first of all felt bad for the frontline staff who were left to deal with such angry guests and such a difficult situation without proper leadership there to support them. I felt especially bad for the two bright young front desk staffers who were wearing those “trainee” badges; what a terrible first impression of the hotel industry to go to work for a top tier hotel brand and observe this big of a gap in service. I also felt bad for the other travelers who were counting on this reputable hotel brand to deliver a place to rest for the weary international airline passenger, especially the families with young children and elderly.

Once good thing about being a hotel trainer though is that incidents of bad service like these give us plenty of new material to write about in training articles such as this one! So here are my training tips for this month, which I hope will serve as reminders for managers who will inevidibly one day face a similar situation:

Instead, this hotel suffered a loss of guest loyalty to go along with plenty of negative social media exposure. I know my daughter had this all over SnapChat and I’m sure most guests were doing their Facebook rants like I was. I hardly ever take time to do online reviews, but this time I vented to both TripAdvisor and Booking.com. (By the way, the management did respond to my one-star TripAdvisor review – but it was a generic and canned apology with no reference to my personal situation. For me this was worse than no reply at all and showed an even greater lack of empathy.)

I hope these lessons help managers understand that although bad situations are bound to occur in the hotel business, because if leaders pro-actively manage them the situation can be made better for all parties. Most of all, I hope those two trainees don’t give up on their careers in the hotel industry after this! I suggest they apply elsewhere as soon as possible. 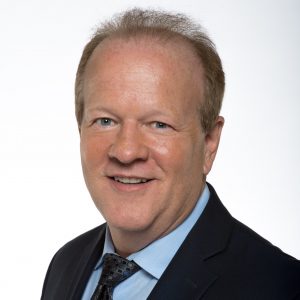 Doug Kennedy is president of the Kennedy Training Network. Doug's articles are originally published in www.HotelNewsNow.com” and Accom News shares them with permission.

Are you talented or skilled?