Airbnb and HomeAway are suing New York City over a new law allowing the collection of data on property hosts.

Both short-let platforms argue the ruling, which passed with a 45 to 0 vote, violates the constitutional rights of their hosts and they have launched legal bids to see it overturned in the US courts.

The city council’s legislation would require Airbnb-type websites to share the names and addresses of their hosts with the Office of Special Enforcement, in an effort to better police New York’s holiday home rentals.

It is due to take effect this winter and is part of a citywide crackdown expected to cost Airbnb millions of dollars in lost sales as hosts withdraw their properties from the market.

Airbnb has locked horns with the city council for almost a decade, claiming the administration operates under the influence of powerful players in the accommodation industry.

“The New York City Council is a wholly owned subsidiary of the hotel industry, and they aren’t interested in working together,” said Chris Lehane, Airbnb’s head of global policy.

In its claim filed in a New York Court, the company argues: “The ordinance is an unlawful end-run around established restraints on governmental action and violates core constitutional rights.”

The claim of administrations pandering to powerful hotel interests has also been made closer to home.

Airbnb’s Australian arm has made what The Age describes as “an aggressive intervention” into Victorian politics, urging its hosts to lobby the state opposition against any future caving to “vested interests like the big hotel lobby”.

The move follows recent media comments by shadow tourism minister Heidi Victoria about Airbnb not having to compete on a level playing field with other accommodation providers.

Like Melbourne and Sydney, New York is facing an affordable housing shortage as the short-let industry takes off.

The generally more profitable returns on short leases are blamed for taking properties out of the sector, forcing up rents and disrupting communities as former homes become holiday rentals and party pads.

The New York legislation is designed to allow the council’s officers to catch Airbnb hosts acting disreputably and operating outside of the city’s strict home-share legislation.

“This law provides the city with the critical data it needs to preserve our housing stock, keep visitors safe and ensure residents feel secure in their homes and neighbourhoods,” said Christian Klossner, executive director for the mayor’s special enforcement office.

“The city will defend it.”

Airbnb says it is successfully working on solutions to short-let issues in other cities around the world, including Australia, and it argues other jurisdictions are unlikely to follow New York’s lead.

Tourism cleans up after leadership spill 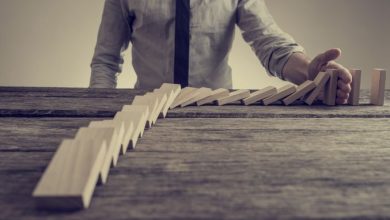 How to take control of your inventory