Based on the OTA’s hotel demand data for international travellers to Australia from January 2018 to December 2018, the figures show international demand for New South Wales as a whole grew 40 per cent year-on-year, and regional towns were the chief beneficiaries of the growing demand.

The Murray region bordering of New South Wales and Victoria, and the Hunter Valley topped the national list, both recording triple-digit year-on-year growth of 130 per cent and 105 per cent respectively.

The data will be a source of gratification for Destination NSW, which is currently concentrating its focus on boosting regional tourism through a major events and marketing push.

The fastest growing regional Destinations in Australia according to Expedia are:

“Importantly, the value of this demand to regional New South Wales destinations tells a more positive story still. In fact, Expedia Group data shows that the average daily hotel rate paid by international visitors have increased, while cancellations have dropped.”

The data reflects Airbnb figures for the same period, which show regional Australia taking all ten top spots for in-demand booking locations in 2018.

According to Airbnb country manager Sam McDonagh, the demand for accommodation in regional areas has increased dramatically in the past few years, with users eschewing big cities in favour smaller, more isolated Australian towns.

“The list is based our internal data, on bookings that were made in 2018, compared to bookings made in the same period of 2017,” he said.

“Looking at the data, what we are really seeing is that more than half the bookings made in Australia this year were made in regional areas. It’s a growing trend, and it shows people are looking to stay outside city areas now.”

However, one survey shows the number of Aussies intending to take holidays at home and abroad falling in 2019. 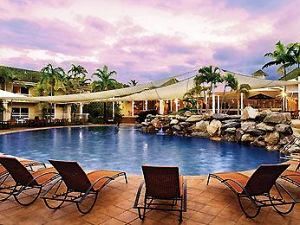