A former karaoke bar in the basement of an historic CBD building may become Sydney’s first below ground boutique hotel.

I-Nap Management has submitted plans to the City of Sydney for a 38-room hotel below of the seven-storey, heritage-listed former Snow’s Emporium building on the corner of Liverpool and Pitt streets.

The prefabricated rooms would be assembled onsite, with standard rooms to be ensuite and ranging from around seven to eight square metres. Communal spaces would include a sitting area, computer room and laundry facilities.

The 108-room hotel will be amanaged by the hotel group under an agreement with Foreshore Investments Albany and is due for completion in late 2020.

The mid-market brand offers “affordable and comfortable accommodations, as well as thoughtful touches and amenities, to both business and leisure travellers” according to Hilton.

The property will include eight superior rooms and four corner suites among its guest room inventory, as well as a restaurant and bar, fitness centre and three meeting rooms.

Albany, the oldest colonial settlement in Western Australia, is known for its rugged coastal beauty   and heritage attractions.

The Pacific Hotel close to Brisbane’s CBD has undergone a major upgrade.

All guest rooms and suites have been refurbished under the guidance of local designer Janine Lauder of Janineous Design, along with the hotel’s function rooms, restaurant, bar and swimming pool.

“With Brisbane set to embark on an incredible journey over the next few years, we are delighted that the Pacific Hotel Brisbane is ready to contribute to that evolution,” said general manager Andrew Hudson.

“We’re passionate about providing guests with a truly relaxing and memorable stay that captures the ‘Pacific Terrific’ spirit.

“It’s all about how we want guests to feel from the minute they walk through the door to the minute they leave, whether they’re here on business, with family or to attend an event.” 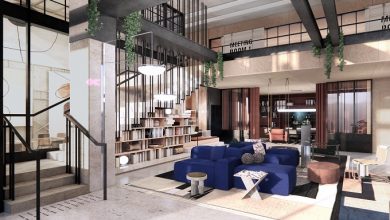