As we head to a federal election, SCA (Qld) is again looking at the government’s initiatives over the past six months and we are disheartened by the slow progress of the property law review.

While other states are engaged in a process of change and modernisation, it seems the growth in strata titles in Queensland is not yet enough to implement much needed reforms.

On average, 38 lots and three schemes are registered in Queensland every day. This is the growth we have experienced in the first three months this year and it has been similar all throughout 2015 with no sign of change.

Those 286 new schemes that have come onto the property market between January 1 and March 30 are large. With more lots per scheme reflected in the lot growth percentage, which exceeds the scheme growth rate. It means that strata communities on average are getting bigger but our legislation has not changed since 1997 when the average scheme was significantly smaller. The legislation is 19 years old and based on a different market to 2016.
Many strata and community title issues have become more complex as the related legislation have become more descriptive. Health and safety regulations are the perfect example of such change, with the recent smoke alarm review as part of the Fire and Emergency Services Act.

A review of the recent fire safety provisions is welcome by SCA (Qld) considering that on average there are five domestic house fires every day. Following the tragic loss of eleven lives at a Slacks Creek home in 2011, the review is timely to ensure this does not happen again. In fact, the government has referred two bills to a parliamentary committee, which both have the objective to increase safety.

SCA (Qld) supports the two bills and their intentions wholeheartedly. So much so that alongside an REIQ representative we were recently invited to speak to the Parliamentary Committee for Legal Affairs and outline the implications of the proposed new safety measures for the strata sector which houses more than one million Queenslanders.

In a strata scheme, a fire very quickly affects more than one family due to the close proximity of the premises and the adjoining walls. Even though the structural integrity of the building is designed to withstand fire over a longer period than standalone houses, there is a need to increase the chances of extinguishing fires at an early stage. The bills propose reasonable measures, such as the requirement for residential premises to have photoelectric smoke alarms in every bedroom, between areas containing bedrooms, in any hallway servicing bedrooms and in any other storey of an older residential building. It was also recommended in a second bill that photoelectric alarms and interconnected smoke alarms are powered by an enduring power source, either hard-wired or with a 10-year lithium battery. There is a difference suggested for existing and new lots, which is most welcome to the owners of the 431,000 strata lots in the state. It is proposed that for new residences, the smoke alarms be hard-wired and for old residences, that the alarms are either hard-wired or powered by a 10-year lithium battery.

That approach is sensible, although a timeframe of 10 years is proposed for all and any buildings to comply with the regulations. Additionally, after five years from commencement all dwellings, that are sold or leased will need to comply at the time an accommodation agreement or contract or sale is entered into. Currently, the only jurisdiction with photoelectric laws in place is the Northern Territory. If the Bill proceeds, it is very likely that other jurisdictions will follow suit. Therefore, the implementation of the legislative amendments is critical to a greater fire safety in Australia, and more particularly Queensland.

The coroner’s findings of recent fires having been the result of a lack of smoke alarms, or fire and smoke alarms failing, which subsequently caused deaths and serious loss of property, are worrisome as they often occur in multiple dwelling schemes. SCA (Qld) members have experienced the devastating effects of strata community fires and apart from the human injury aspect, the administrative consequences that follow have been widespread. The financial loss to strata communities and the logistical activities involved in the schemes’ rebuild are difficult and costly to the owners.

The proposed public awareness campaign is integral to the education of owners in bodies corporate lots as all related industry services providers such as body corporate managers, real estate agents and resident managers.

Compliance and safety are integral to the good management of bodies corporate.

Making the most of a first impression 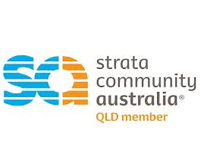 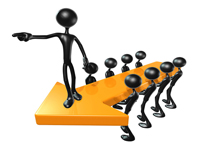 Leadership – Made Not Born 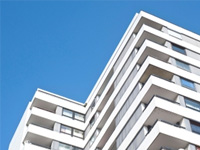