The managing director of a leading hotel group is exhorting Australians to show their support and visit Christchurch following last month’s terrorist attack.

Following the opening of the 21-room Alpine Hotel, he said: “Having just returned from a visit to Christchurch, my key takeout is that the community and hotel industry are very resilient and are working hard to get back to a ‘business as usual’ position.

“If there’s one thing we can help them with, it’s promoting to all Australians that Christchurch is open for the business and they shouldn’t hesitate to visit – now!”

“We are rallying around the community of Christchurch and are dedicated to offering all the support we can to help make the hotel a success,” he said.

His words come as local media reports two well-known central Christchurch restaurants and bars have closed their doors this week, the latest casualties for a hospitality market which has struggled to come back from the effects of devastating earthquakes in 2011, only to be facing a new threat to business.

Kate Kennedy, owner of the Cook’N with Gas restaurant and Astro Lounge bar which closed their doors on March 29, said the terror attack meant “no-one wanted to come into town and celebrate” and were the last straw for the ailing businesses. She blamed a number of other factors for the closures, including a lack of people living and dining in the CBD and the slowness of the city’s rebuild following the earthquakes.

Economists are predicting that, despite an outpouring of support for the city globally, Christchurch will struggle to attract visitors in the immediate aftermath of the March 15 attack.

ANZ’s Weekly Focus report said: “The impact will be smaller than if tourists themselves had been targeted, as in some terrorist attacks overseas, but the impact on tourist numbers will be noticeable nonetheless, and it will likely take at least a year to dissipate.”

Dr David Beirman, senior lecturer in tourism from the University of Technology in Sydney, says it may be a struggle to regain the confidence of visitors following the shootings.

“Tourism has been impacted by terrorism around the world as we have seen previously. The city is considered such a calm, nice and safe place in the world, but this incident has blown that out of the window.”

Local tourism bodies have moved to reassure the public in the wake of the attack, Tourism Industry Aotearoa CEO Chris Roberts saying: “As our Prime Minister Jacinda Ardern has said, New Zealand represents diversity, kindness and compassion and visitors can be assured those values remain.” 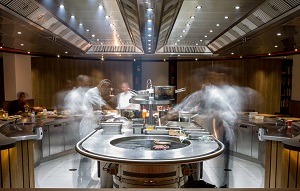