On September 1, the NSW South Coast will not only gain a welcome up-market addition to its accommodation infrastructure but also a dynamic boost to its meetings facilities.

Work on the hotel and apartment complex opposite WIN Stadium came to a halt in 2008 when the Jempac group of companies folded with a debt of $191 million. Originally marketed as City Beach Ocean View, it was purchased by George Callianiotis’ Harbour Street Developments in 2009 and construction restarted in November with Parkview Constructions.

Wollongong is, indeed, luck that the development did go ahead, judging by the magnificent result.

Chifley Wollongong – the brand’s thirteenth Chifley – will enable business and leisure travellers visiting the region to stay in a newly built, superior quality hotel that is just minutes walk from City Beach, Wollongong Golf Course and CBD, while enjoying the hotel’s stylish accommodation and conference facilities and state-of-the-art communication technologies.

“As well as delivering a new, high-quality hotel that conference and meeting planners are looking for, Chifley Wollongong will provide an extensive function centre that caters for everything from conferences and meetings, to weddings and up-market special events for up to 500 people,” Mr Wooller said.

“At the same time, the hotel will provide a fresh option for MICE delegates attracted to one of the state’s most popular residential conference destination.”

Chifley Wollongong’s facilities include nine conference and function rooms with the latest technology and sound-proof, tractable doors, with two separate pre-function areas located on the dedicated function floor. The largest room has the capacity for 300 people banquet-style and 500 people theatre-style making the venue suitable for conferences, meetings, seminars, special events and gala dinners.

Adrian came to Chifley Wollongong with an extensive 17-year background in hotel management, with his most recent posting in Darwin as general manager of the Travelodge Mirambeena Resort.

Adrian says, “I have always been in the hospitality industry. I can’t see myself ever leaving it. It must be one of the most exciting industries out there.

“Being a brand new product, the Chifley Wollongong is able to accommodate today’s travellers and will continue to access new technologies in the years to come,” stressed Adrian.

“I feel it is important that we promote the city of Wollongong as the most popular destination within an hour of Sydney. We have so much potential and, with the new Chifley, I’m confident that the city will benefit.”

Guests of Chifley Wollongong will also receive complimentary membership into The Escape Club program, with generous dining benefits and the ability to earn Escape Dollars that can be used like cash when staying at any Constellation Hotel across Australia and New Zealand.

Wollongong, Australia’s ninth largest city, is located 80km south of Sydney on a narrow coastal strip bordered by the Royal National Park to the north, Lake Illawarra to the south, the Tasman Sea to the east and the Illawarra Escarpment to the west. Wollongong enjoys a magnificent natural environment from rainforests to spectacular sea cliffs and unspoilt beaches.

Wollongong has great shopping facilities and the many recreational activities on offer including 17 patrolled beaches, parks and cycleways to cultural experiences such as the biggest Buddhist temple in the Southern Hemisphere, Nan Tien Temple, Wollongong Science Centre and Jamberoo Action Park, NSW’s largest water theme park.

The Grand Pacific Drive encompasses 140km of some of NSW most spectacular scenery and coastline. From the Royal National Park (world’s second oldest) to Wollongong and beyond, the route wanders through coastal rainforests, spectacular driving scenery, coastal villages, the bustling coastal city of Wollongong and beautiful coastal towns of Shellharbour and Kiama. The drive ends in the spectacular Shoalhaven region. 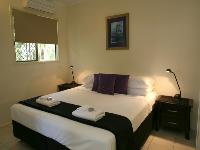 Relax a while, Noosa style