There are many strange and wonderful things in the world that I cannot readily understand.

How does the Gillard government stay in power? Who buys Kia motor cars? How is it that people still buy management rights on only one’s year’s figures? Why are Julia Roberts and that woman from Sex in the City thought of as beautiful? But, the greatest mystery of all has only recently come to my attention. Why do people voluntarily spend their vacation time at Patong Beach, Phuket, Thailand when they could be lounging beside some tropical setting in Port Douglas?

Let me explain. Some time back the managing director and I were invited by friends and associates in the management rights and motel industry to join them for a few days in Phuket. Being the delightful bunch that they are we readily agreed. So at the end of November off we went. A few nights in Singapore on the way and then onward to the tropical paradise of Patong Beach.

We’d heard that Singapore can be expensive but that it’s clean, law abiding and high tech. All this is true. Staying just a few days it becomes clear that the vision of Lee Kuan Yew, who governed for three decades and is recognised as the founding father of modern Singapore, is more relevant today than ever.

Our arrival in Thailand could not have been a ruder culture shock after the manicured lawns and perfect public infrastructure of Singapore. Nothing had prepared us for the utter chaos of the roads, the state of repair of the buildings and the general level of litter and decay. The lingering odour of raw sewerage in the air combined with the tangle of overhead power and associated services cables just added to the overall impression of a third world country with little to no investment in public spending.

Having run the gauntlet of taxi drivers offering their services we found our hotel transfer car and headed to the Holiday Inn Patong Beach. Along the way we discovered some interesting things. The standard number of people on a scooter is three. Generally there is a driver, a middle passenger texting and a rear passenger eating a bowl of rice. Helmets are mandatory but no one wears one. We also discovered that, despite the chaos, there is no road rage and Phuket taxi drivers are the best in the known world. They could certainly teach us a thing or two about how to merge without bringing the total traffic flow to a standstill. It beggars belief that a scooter rider is not killed every three seconds but the majority seem to survive despite the obvious danger.

We get to Patong Beach and realise that the drive from the airport reflected the quieter, more organised side of Phuket. The mayhem is simply incredible. There are no road rules, no apparent building code and no street vending restrictions. Magnificent holiday resorts catering to western money sit cheek to jowl with half finished, poorly constructed buildings, street markets and beggars.

The Holiday Inn is truly lovely and has some of the most impressive hospitality staff I have ever encountered. Nothing is to much trouble and there is an apparently genuine desire to serve. Like the taxi drivers, there is much that these people could teach us. A quick wander about the resort reveals that the average guest appears to be a larger sized European tourist intent on being rude to the staff while smoking as many cigarettes per day as possible. There also appears to be a certain type of tourist group composed of middle aged males speaking in foreign tongues while clearly plotting that nights exploits in the more interesting parts of town.

The managing director and I overcome our culture shock and set forth to explore. We were offered all manner of expensive branded goods at exceptional prices and made many purchases. We were also offered a variety of massages and associated personal services but decline. I go for a walk by myself the next day and am offered a different range of personal services not previously revealed while my wife was with me. I decline and can’t help wondering what sort of society we live in where a woman can only make a living by using her body in the manner described by the massage service providers.

The first three days at Patong go pretty quickly as we get used to the pace of the place, sample the local cuisine and share some quality time with our fellow travellers. We even start to get used to the traffic and the sewerage smells. The shopping and bartering is kind of fun once you get used to it.

By day four she who must be obeyed has a serious case of Bali belly, faints due to dehydration, hits her head and I find her lying in the bathroom in a pool of blood. With great dread in our hearts we head for Phuket hospital and quickly discover where all the infrastructure spending has gone. It’s spectacular! The level care is second-to-none and the facilities world class. There is no waiting for paying guests and the place appears to be over staffed with very caring health professionals. After a couple of days her ladyship is discharged and we return to the Holiday Inn.

The staff appear to all be aware of our troubles and go out of their way to offer any assistance they can. A flower arrangement and card are delivered to our room and the hotel refuses to allow us to pay for the car that they used to get us to and from the hospital.

As the patient improves I come down with the same ailment. We extend our accommodation and flights home by three days and spend the extra time lying around the hotel room between frequent visits to the bathroom. I have never been so crook!

In fairness to Phuket I am told that Patong Beach is the most out of control part of the island and that there are many beautiful places unspoiled by the clash of money and culture that we encountered. Unfortunately we were simply too sick for too long to see any of it.

A Brand Licensing Point of Difference 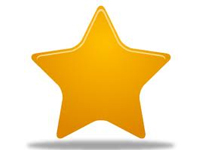