Landlords keen to list properties on Airbnb are forcing tenants out of Byron Bay’s long-term rentals, a new university study has found.

The data comes from a Southern Cross University (SCU) survey of some 800 people conducted last year which looked at the effects of Airbnb in the northern NSW tourism region.

It found that of the 800 surveyed, 223 lived in rental accommodation in the Byron shire and 90 of these had recently been asked to leave their homes so landlords could list the properties for short-term holiday accommodation. 58 said they knew the property was being listed on Airbnb.

Almost 20 percent of all houses are holiday lets in the town and, according to the council, long-term rentals are disappearing for “all but the most affluent renters”.

Roughly 150 of respondents to the SCU survey said they had been an Airbnb host within the previous 12 months and half of these indicated the money from hosting had allowed them to afford to live in Byron Shire.

But 77 percent of respondents said Airbnb had a negative effect on the availability of affordable housing, with 75 percent saying the short-lets lead to increased traffic and parking congestion and 71 percent saying the industry led to extra costs being placed on ratepayers to provide infrastructure.

NSW minister for planning Anthony Roberts recently announced a ministerial direction inviting Byron Shire to put forward planning proposals trialling 90-day limits in some towns on the number of nights a property can be rented out each year as holiday accommodation.

The limit is half that set by NSW government planning rules agreed last August and due to apply from late 2019, which will allow councils state-wide to impose a 180-day limit per year on the number of nights property can be rented as short lets.

Researcher Dr Sabine Muschter said the SCU team was more than willing to share the results with the council and was interested in co-funding research with other accommodation industry groups to build a further understanding of the short-let industry on the North Coast.

Airbnb has previously urged the shire council to work with it on “fair” regulation of Byron’s short let sector.

Quest on a mission with third hotel open this month 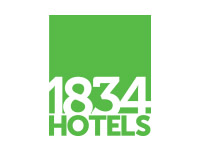 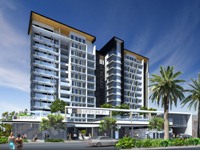