The leading industry body is negotiating an aggregated Power Purchase Agreement (PPA) which it claims will see member properties paying lower-than-wholesale rates for their electricity.

“This will be a ground-breaking deal which will help break the back of high electricity prices paid by our members whilst simultaneously reducing our carbon footprint,” she said.

“It will mean huge direct savings previously not available to the sector.

“The PPA price is expected to be significantly lower than both the current retail and wholesale price of power and should save the participating accommodation hotels millions over the life of the agreement.”

A Power Purchase Agreement (PPA) is a contract between an energy customer and an electricity generator direct – such as a solar or wind farm – to purchase electricity at an agreed price for a period of time.

Traditionally, an energy customer buys electricity from an energy retailer, which sources most of its power from the wholesale energy market.

“This new offer is not simply a group buy – it is much more,” Dr Lausberg said.

“By contracting directly with the electricity generator, it secures for our members a better-than-wholesale price for energy.

“Members who are currently investigating or negotiating new energy supply arrangements should consider this PPA.”

“Over the past decade TAA members have saved millions of dollars in workers compensation premiums via Hotel Employers Mutual. We’re excited to be in a position to deliver our members further savings,” she said.

Further details about the PPA will be released in coming weeks, according to TAA. 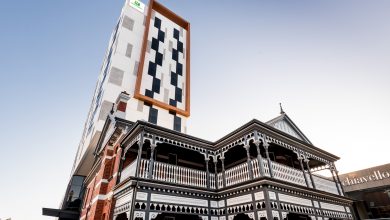