Australia’s major airlines are amongst the most efficient in the world and well position to manage fluctuations in the market and volatile oil prices, according to researchers at the University of Sydney Business School’s internationally respected Institute of Transport and Logistics Studies (ITLS).

The researchers ranked Qantas in the top 20 of 150 airlines using a new formula to measure efficiency based passengers per number of aircraft, seat kilometres flown, fleet, staffing levels, perceived services levels and profitability.

“Qantas was near the top in all of the single efficiency measures that we established, so overall Qantas did quite well,” said associate professor, Rico Merkert. “Virgin Australia didn’t do as well but was still better than the average.”

Dr Merkert said that the young age of the Qantas and Virgin fleets, uniformity in the type of aircraft flown and the number of aircraft in operation gave the two Australian airlines an advantage in unit costs and operational efficiency over many other carriers.

He also said that the two airlines were not only amongst the safest airlines globally but were also well prepared to weather market and oil price fluctuations.

“Both engage in fuel hedging,” he said. “They also engage in foreign exchange hedging as quite a lot of their cost and debts are serviced in US dollars. They also hedge interest rates and to some extent cash flows.”

The ITLS research also found that higher levels of customer service did not necessarily translate into greater profitability and nor do mergers that result in airlines that are too large.

“However, Virgin America for many years was featuring very high in all quality rankings but never made much profits out of that exercise. At the other end of the spectrum you have Ryanair, providing a very low level of service but cheap fares and customers come back and they make huge profits.”

“Once we were aware of this, the next step was to try to understand what really drives airline efficiency – or I should really say inefficiency – and what strategic measures airline management could take in order to improve that efficiency,” Dr Merkert said.

In a world of airline acquisitions and mergers, the ITLS also found that bigger is not necessarily better or more profitable.

“Usually the result of a merger, such as the recent acquisition of Virgin America by Alaska Airlines, is positive. Capacity is taken out, synergies are leveraged and yields and profitability improve. Our research has shown, however, that airlines can actually become too big to operate efficiently. Once you get to a certain size, and we’re talking about 200 billion ASK (Available seat kilometre) you get airlines that actually experience dis-economies of scale such as the airline that resulted from the merger of US Airways and American,” Dr Merkert explained.

Explaining the rational for the research, Dr Merkert said that the ITLS was “focused on helping firms and entire supply chains, to develop strategies and make decisions based on evidence and benchmark analysis which enhances their value proposition, competitive advantage and ultimately improve their profitability”.

He concluded by saying that the formula used to measure airline performance could be used to analyse the efficiency and, therefore, improve the performance of any industry. ITLS researchers have already examined rail, bus and airport services. 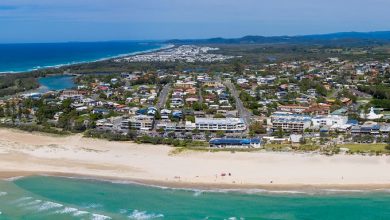 Use tourism toolkits and widespread campaign to promote your business 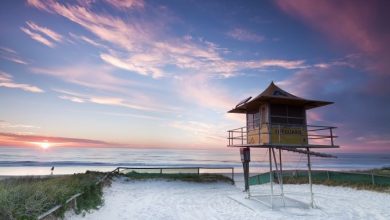 On ya, Queensland! Restrictions ease from midday Friday