New renovations at Port Arthur Holiday Park, including the Tasman Peninsula’s first modular pump track, are expected to inject an extra $450,000 into the regional economy.

“The new facilities we are discussing with Tasman Council will draw more visitors to experience this scenic area which has so much to offer in terms of history, culture and wilderness,” said ATPM chief executive officer Mark Manteit.

“We are looking at installing extra luxury cabins and studio rooms, as well as a new playground for kids and the area’s first timber composite modular pump track which is a great activity for cyclists, roller skaters, scooter riders and skateboarders of all ages and abilities.”

Mr Manteit said Tasmanian Visitor Survey figures revealed a seven per cent increase in tourists for the year ending March 2016, compared with the previous year, and a six percent rise in visitors to the southern region.

“We’ve had fantastic results from our 2015 upgrades and want to build on that success,” he said.

“The demand for camping and caravan experiences is at the highest level in two decades and this had led to a new market of young families who want child-friendly, affordable experiences that don’t have to involve pitching a tent or owning a caravan,” he said.

“Mum and dad can opt for the convenience of a permanent safari tent or family cabin while the kids still get to scoot around the modular pump track or swing in the playground.” 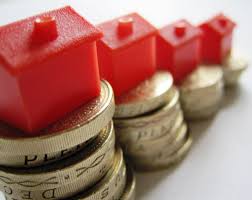 What the experts say about the future of hospitality How to prolong the holiday park romance