Perhaps it is the subtle yet key difference between a co-operative and a franchise, but Golden Chain prides itself on the independence of its properties.

“It comes down to not being too overly prescriptive with requirements for the operators,” new Golden Chain general manager Michael Georgeson told accomnews. “They can use whatever property management system or channel manager they like; we will simply try to establish relationships that can help suppliers provide a better option for members than what they might find on their own.” The approach is flexible and at the same time, highly tailored. Golden Chain has a quality assurance program in place, which is there to protect the brand and make sure one property’s choices don’t have a negative impact on any other members, and the group has both a preferred supplier program and a conference program to educate its members. “But beyond that,” Mr Georgeson explained, “we don’t require them to integrate our branding with theirs; rather, include it alongside.” For example, a property called Example Motel wouldn’t need to rebrand itself as Golden Chain Example Motel, the operator just needs to make it obvious elsewhere that their property is part of the co-op and deliver the groups minimum standards and guest benefits.

“Within the Platinum brand there are more specific requirements because they have a slightly higher branding standard in terms of what we ask them to do. But largely speaking, our role is guidance and assistance.” So long as operators within the network produce happy guests, there seems to be no issue because as Mr Georgeson reiterated, the guests are the most important industry factor. “The last thing we want is unhappy guests in Golden Chain properties.”

Mr Georgeson is extremely well-versed in the industry, having working with the Accommodation Association of Australia for over seven years prior to taking on his role at Golden Chain, which he said he was drawn to because of its co-operative philosophy.  “I always had a lot of respect for Golden Chain, going back to when I was an assessor with AAA Tourism.”

He entered the scene just following a group-wide restructuring that featured the creation of a new Golden Chain brand, Budget Best, “which I think is terrific”, Mr Georgeson interjected.  “So they increased and refreshed the branding, which I think was necessary as it has a 30-year history, so this brings it into the 21st century and enhances the scope of what Golden Chain can do.” There are now three sub-brands with properties ranging from 2.5 to 4.5-star. “I walked into a very well thought-out restructuring.” The changes have refuelled staff and operators alike, with excitement about company growth. “Mainly led by one of our board members, John Shepherd, and our two guys on the road, Tony Smith and Paul Swaine, our team has added over 20 properties to the membership over the last six months or so.” There has certainly been “a bit of a reinvigorated design to get out there and communicate the story of Golden Chain and what we’ve got”, Mr Georgeson proudly noted. “A lot of people would associate us with a franchise as opposed to a cooperative. We bring to the table a good strong brand that’s across the country so our guys go out there with a great deal of confidence when talking to people about the benefits.”

The growth they have experienced comes at a time when industry-makers are more concerned than ever before about OTAs monopolising the guest booking experience. Referencing the recent ACCC announcement about OTAs and rate parity that disappointed accommodation managers around the country, Mr Georgeson said: “We have expressed some level of disappointment and that has been expressed to us through members as well.” He continued by saying the larger issue with OTAs is that: “The big fish swallow the small fish until you end up with two fish, which is where we are at in this stage of the game.” He explained: “If you wanted to introduce another fully fledged OTA into the market, they’re already behind the eight-ball because if they operate domestically, the overseas operators have a distinct advantage through the fact they don’t pay the same taxation rules as a domestic operator.”

There is also a larger consequence to this monopoly, according to Mr Georgeson, with OTAs “claiming guests” in a branding war that only chains are realistically large-scale enough to fight. When you lose a guest booking to an OTA, he revealed: “Not only are you losing out on the transaction, you’re losing out on the relationship as well.” In terms of the difference between commission and membership, he added: “If you’re in a good scenario, you’re paying around 12 percent commission to the OTAs. We are a flat-rate, member cooperative, so we take an upfront fee to join, there’s no transactional cost for the properties.”

Golden Chain recently launched a new loyalty scheme to incentivise direct bookings. My Golden Chain is online-based and centres around one-off deals and voucher-driven offers, leveraging relationships within a local area so that operators can provide discounts at local events, attractions, restaurants, etc. “It’s still in its infancy, we’re in the phase of educating our operators on how to make the most of it but it’s an interesting initiative. We’re engaging closely with the service providers so that it takes us beyond what we were, which was essentially a loyalty program with discounts for booking direct and allows us to continue that but also raise the bar.” 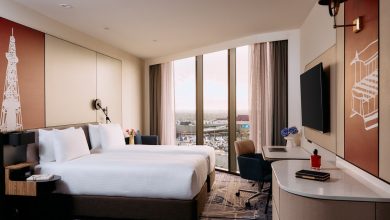 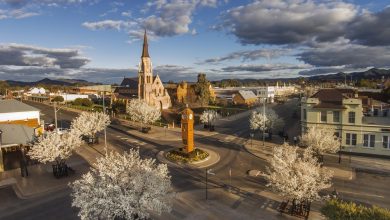 Exclusive: The best of times for regional hotels, but is the boom sustainable? 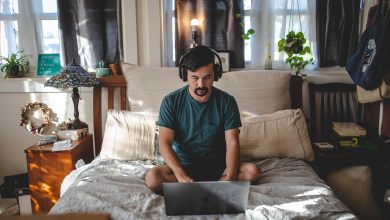