The Ritz-Carlton marked its 100th hotel opening globally this week with the launch of a landmark waterfront development at Elizabeth Quay in Perth.

The hotel, an architectural beauty overlooking the Swan River and Kings Park, marks the luxury brand’s return to Australia.

It offers 205 guestrooms and suites, all boasting city views, bedlinen by Frette and bathroom amenities by Asprey.

The design draws inspiration from the natural environs of Western Australia, with interiors featuring a palette of earth tones and the use of natural materials.

A day spa and some 2,000 sqm of conference space also feature in the new development.

“We are very excited to bring the legendary service and exceptional luxury of The Ritz-Carlton brand back to Australia,” said Lisa Holladay, Global Brand Leader, The Ritz-Carlton.

“Perth as a destination has so much to offer the luxury traveller, from its stunning landscapes to its superior produce and wine. Our ladies and gentlemen at The Ritz-Carlton, Perth are looking forward to providing guests with enriching experiences that are deeply engrained in the local culture and destination and which will create unforgettable memories.”

Holiday Inn Old Sydney is to be rebranded Rydges Sydney Harbour from January 14 after the hotel group won a competitive bid to manage the property.

The win for Rydges, which is part of Australian-owned Event Hospitality & Entertainment, comes off the back of a strong run of new management agreements over the last 18 months.

Plans are underway for a refurbishment of the 176-room property in Sydney’s historic waterfront suburb of The Rocks, which will include a revitalisation of the hotel bars and restaurant.

“Our team is excited about the appointment and look forward to bringing Rydges’ signature style and genuine commitment to delivering great service and hospitality to the hotel and our guests in the New Year.

Aurora Resorts is set take back management of its Kangaroo island and Alice Springs hotels next year.

The privately-owned hotel group will resume day-to-day management of its Aurora Ozone Hotel on the South Australian island from January 1, and its Aurora Alice Springs Hotel in the Northern Territory from February 1.

Management of both hotels is currently outsourced to hotel management group 1834 Hospitality on a five-year contract which is up at the end of the year.

“1834 Hospitality has done a good job managing both hotels over the past five years and we thank them enormously for upholding such high quality benchmarks.

“Having increased capacity within our own hotel management team though, we’re pleased to be able to bring the day-to-day management of both venues back in-house from next year.

“It will remain business as usual for guests and staff of both hotels, while we’re looking forward to continuing the outstanding service quality provided at both the Aurora Ozone and Aurora Alice Springs.”

Mayfair 101, the new owner of Dunk Island, has confirmed it has been awarded the tender for the Dunk Island Spit.

Awarded by the Cassowary Coast Regional Council, Mayfair’s bid for the 30-year lease is part of a $1.6 billion planned investment in the Far North Queensland region.

CEO Stuart Duplock said, “The Dunk Island Spit is a major drawcard for the Mission Beach region and a key gateway for tourists and Cassowary Coast residents to arrive on the island.”

The suburban Avani Melbourne Box Hill Residences features 75 one and two-bedroom suites with with facilities including a spa, gym and sauna. A rooftop infinity pool and entertaining space with an outdoor BBQ and fire pit provide views of the Melbourne skyline, Dandenong Ranges and Box Hill Gardens.

The CBD-based Avani Adelaide Residences on Franklin Street, meanwhile, boasts a golf simulator and rooftop lounge and barbeque area along with 76 studio, one, two and three-bedroom suites plus a pool, cinema, library and gym.

“We want to make sure that travellers can count on our signature Avani service and style for an amazing travel experience at our residences,” said Javier Pardo, vice president of operations for the hotel group.

“Explorers, business travellers, families – they can all find every convenience they need while having an outstanding time – whether it is for a few days or for a longer stay.”

Quest general manager for growth, James Shields, said: “More than 200,000 people will move into Perth’s northern metropolitan area over the next 20 years, increasing the demand for serviced accommodation.

“The Western Australian Government has listed Joondalup as a major driver for economic growth, so we’re pleased to support the commercial environment with our premium offering.” 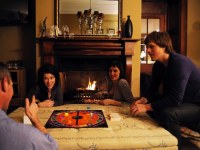 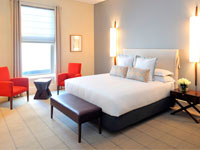 Brisbane a trailblazer for hotel and hospital concept